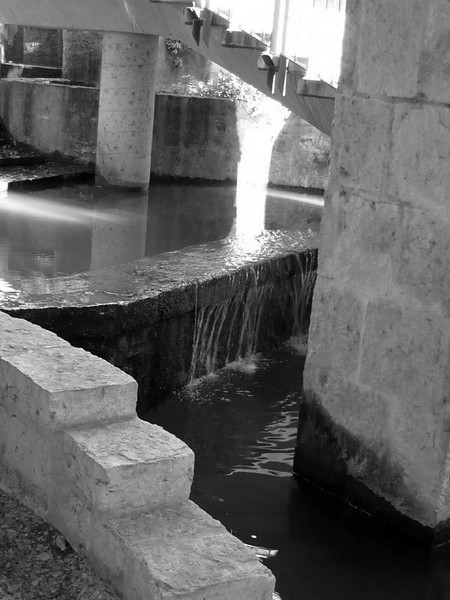 She stared at the falling water, the sounds of people rushing through the streets behind her slowly fading as she became lost in her thoughts. The fatigue slipped away, and she felt happier than she had in weeks. It’s a season, it will pass, she told herself. A hand gently laid on her elbow broke the thoughts, and she lifted her gaze from the water,and turned. Her husband smiled at her, and pressed his finger to his lips as she peeked around the carrier holding their sleeping daughter. Sleep and energy would come. For now, she had them both to keep her afloat.

Linking up with Angela at Anonymous Legacy for this weeks visual dare. Total word count – 102.